Would Dressage Schooling Be Good For Your Polo Pony?

In the equestrian world, polo and dressage are rather polar opposite disciplines.

Broadly, dressage is concerned with precision, collection, and riding with a close contact; polo, on the other hand, values speed and strength, all with a looser hand on the reigns. They also have vastly different temperaments. 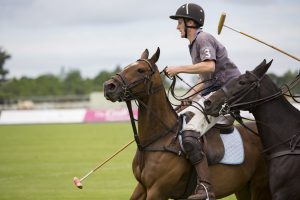 Polo horses are well-accustomed to the commotion, shouting, and collisions found galloping alongside seven other horses; not to mention all the chaos OFF the pitch.  All things that would terrify a highly-strung dressage horse!

That said, the disciplines DO employ a lot of the same principles; both riders require a mount that is agile, flexible and well-balanced.  A good polo pony can turn on a sixpence, much in the same way a dressage horse can execute precise turns and manoeuvres in an arena.

Considering this, then, can a polo pony benefit from flatwork schooling?

As with human sports, performance relies on practise; practise develops muscle tone, and the physical capability to perform a task. Strength, speed, stamina, flexibility; all are improved with practise.

Teaching your pony dressage manoeuvres such as flying changes, pirouettes and half-passes would, then, improve his ability to execute sharp turns on the pitch.  Such a pony is an asset to a polo player; allowing him to leave his opponents behind and get command of the ball, possibly securing a win for his team.

Better flexibility also reduces the risk of torn or pulled muscles. Back and leg complaints are common in polo ponies, as they are in most equestrian sport. Polo is a fast, intense game, requiring horses to gallop, stop, turn and gallop again for 7 straight minutes. There are rules in place to protect ponies (a single horse may never be used for more than two chukkas of a match, never consecutively) but problems may still arise. 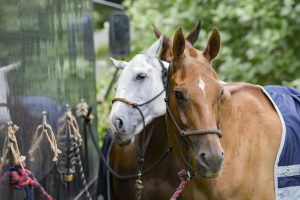 Under the pressures of frequent games throughout the season, weak or poorly-trained muscles can become sore spots, and sore spots can become serious injuries. In the same theme, an agile, well-balance horse that is light on his feet is less likely to stumble or trip over his own feet during play- reducing the risk of a pileup on the pitch.

In this sense, then dressage training would be a good thing, right? However…

Some riders argue that a full dressage training regime would be detrimental for a polo pony, because it would teach them to perform in exactly the opposite way to how they are required to behave on the pitch. Not only would this be confusing mentally, it would also build up the wrong muscles; potentially creating MORE problems. The need for speed is probably the biggest differentiating factor. Polo requires an inverted outline, which helps ponies to stop from a gallop far more quickly.

Dressage, on the other hand, is more rounded; steering from the seat, rather than the hands. Something a polo player, standing in half-seat with one hand on his mallet, cannot replicate. Polo ponies are also taught to run independently, with relatively free heads- they require very little mouth contact, and could find the restrictive hands of a dressage rider very upsetting.

Overall…. Some dressage exercises are useful for improving a horse’s agility and flexibility, but it is likely that an advanced dressage routine would prove useless, perhaps even damaging, for a working polo pony. 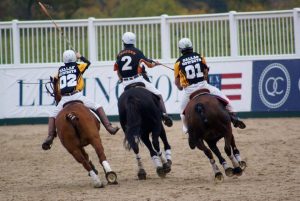 Dressage the ‘polo’ opposite

Horses of all disciplines will benefit from a range of flatwork exercises, including dressage and pole work, but polo players should be cautious of training a pony intensively in another riding discipline.

Are you into dressage but fancy trying out Polo? Why not come along and have a Polo Lesson? 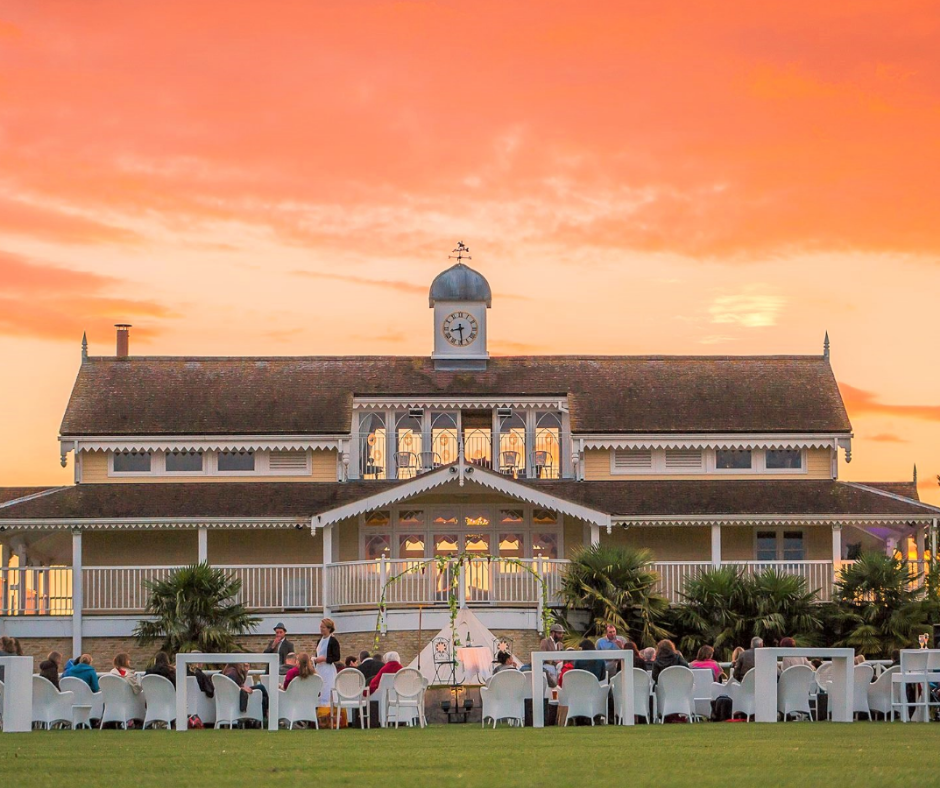 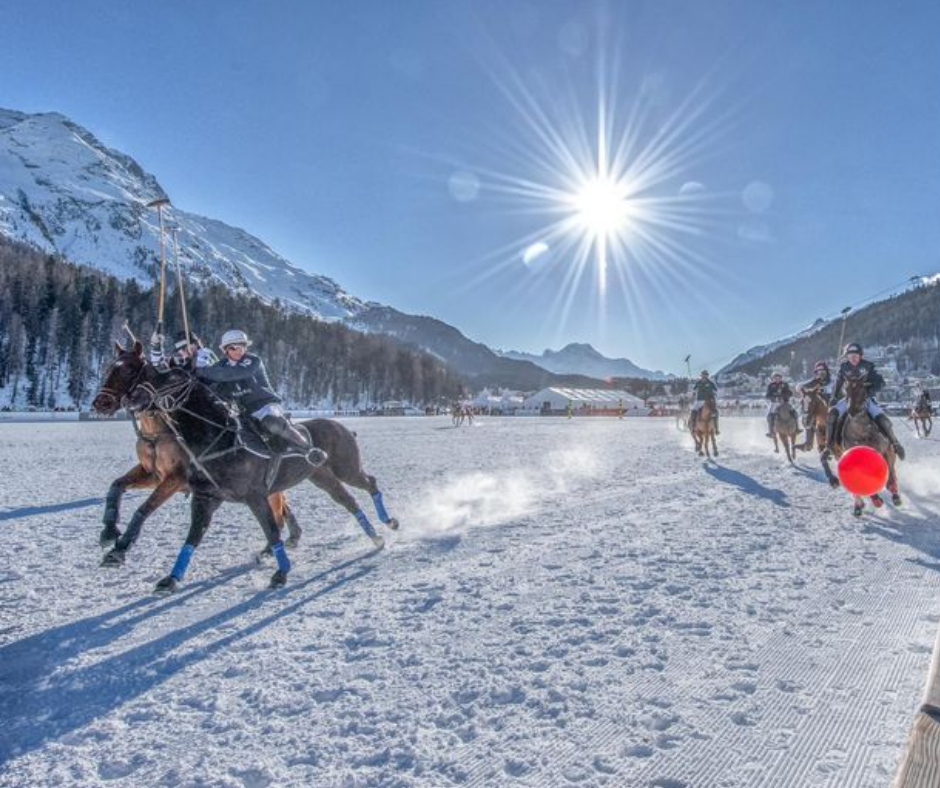