Two very special RUF sports cars will be on offer in Silverstone Auctions Porsche Sale in association with Porsche Club GB. A rare 1998 RUF BTR2 993 Turbo and a 2002 RUF RTurbo used by the manufacturer for the Nurburgring press video will be on offer at the Dallas Burston Polo Club on 28th September.

“RUFs are a very special breed of vehicle. When you take a car as well respected as a Porsche and try to improve it, it can lead to some incredible results,” says Harry Whale, classic car specialist at Silverstone Auctions. “The pair of RUFs on offer at the Porsche Sale are truly impeccable examples, one from a single ownership and a vendor who has clearly cared for the car dearly, and another which is famous around the world for appearing in RUFs own promotional material, taking on the legendary ‘Green Hell’, the Nurburgring. We couldn’t ask for two better examples of RUFs unbeatable engineering prowess and skill.” 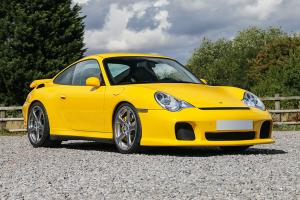 This 2002 RUF RTurbo starred in RUFs own promotional video at the Nurburgring and features on the cover of Marc Bonger’s book ‘Porsche and RUF Sportscars’.

The 2002 RUF RTurbo on offer is an original factory press car and featured in the promotional video ‘RUF RTurbo Nurburgring Lap’ and is also featured on the cover of Marc Bonger’s book ‘Porsche and RUF Sportscars’. This RTurbo has a 3.6 litre flat-six engine producing 550BHP and 575lb/ft of torque, a six-speed manual gearbox and four-wheel-drive. Estimated at £180,000 to £220,000, this RTurbo retains its original Speed Yellow paintwork with a black leather interior. As part of a private collection for the past few years, the car has been incredibly well cared for, covering only 48,197km (29,948 miles). 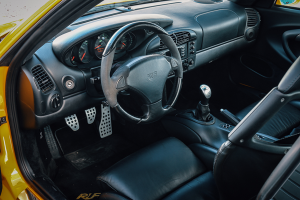 As part of a private collection for the past few years, the car has been incredibly well cared for, covering only 48,197km (29,948 miles).

One of only five right-hand drive cars in existence, the 1998 BTR2 993 Turbo on offer at the sale is an incredibly rare machine. Only 15 BTR2 coupes were built in total and this one owner car presents a highly attractive proposition. Estimated at £150,000 to £200,000 this very special car was built to our vendors very exacting specification including the addition of an intergrated roll cage and EKS electronic clutch system.“Very few RUFs on the market can claim this heritage and provenance. The RTurbo retains its incredible performance and subtle looks and is a fantastic opportunity to purchase a piece of RUFs history at the Porsche Sale,” Harry says. 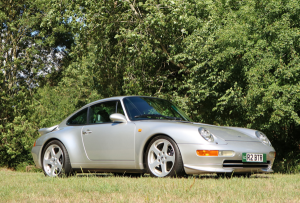 One of only five right hand drive cars, this 1998 RUF BTR2 993 Turbo is sure to impress come 28th September.

The car has been thoroughly serviced throughout its life, always returning to the RUF factory for servicing every 12,000 miles, whilst interim and minor works have been carried out by OPC and Porsche specialist workshops. Powered by a 3.6 litre flat-six, the BTR2 produces 420BHP, is capable of 0 to 60MPH in just 4.1 seconds and can go on to a top speed of 191MPH. The aerodynamics, suspension, wheels and brakes were all specially developed for the BTR2. Finished in Arctic Silver with a Charcoal leather interior, this classic RUF-made car combines a purposeful if discreet appearance with exceptional engineering and ballistic performance, truly not one to miss. 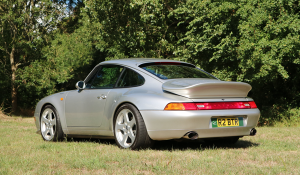 Finished in Arctic Silver with a Charcoal leather interior, this classic RUF-made car combines a discreet appearance with ballistic performance.

“This is a highly exclusive opportunity. RUFs are already rare and this incredibly special example is one of only five in the world. A car this well cared for makes this a truly unmissable chance,” concludes Harry.

For more information on the RUFs and the rest of the Porsche Sale in association with Porsche Club GB please visit: http://www.silverstoneauctions.com/the-porsche-sale-2018/view_lots/pn/all.

Formed in 2011, Silverstone Auctions is a world-class, specialist auction house for the sale of classic cars, modern supercars, all types of competition cars, modern and historic motorcycles as well as automotive memorabilia.

The company holds the exclusive automotive auction rights for Silverstone circuit and hosts sales at stand-alone events as well as an integrated element of some of Europe’s biggest motorsport events such as the Silverstone Classic Festival.

In addition to sales at the circuit, it also hosts a number of auctions each year at other major classic car events including the NEC Classic Motor Show and Race Retro.